A former employee of Brenco, who has gone on to study at the Emily Carr University of Art and Design, is working with a team to develop a new style of garbage and recycling bin that will aid in more efficient and environmentally friendly collection of waste in public areas. The goal of this project was to reduce the amount of cross contamination between landfill and recyclable items and to create a standard for garbage bins being placed in public spaces. There are three bins in this design, one for landfill garbage, one for mixed paper and one for mixed recyclables. This new design will help keep recyclables out of our landfill because recycling will become more intuitive as all bins are marked with both words and visual cue.

Brenco worked alongside the designers from concept to producing a functional prototype which was installed in the real world and tested by the public as well as the city workers emptying the bins. The inner bin tilts out to allow the worker to take out the full bag and replace it and then a hinge and spring on the bottom of the bin ensures it hinges back into place. This automatic close feature was designed so that waste is thrown into the bagged bin rather than between the inner and outer bin if the bin is adjusted to be sorted through by non-city employees. 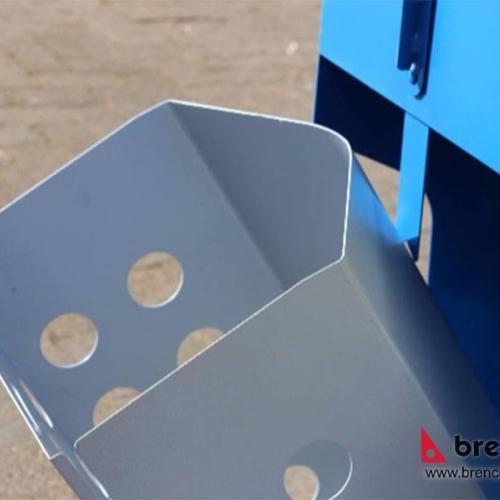 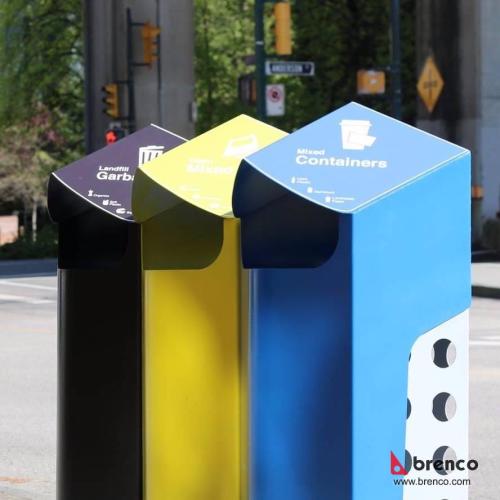