A Morning with an NHL Great Ryan Walter

Brenco Closed. You read it right, Brenco remained closed on the Monday following the Christmas break, but the staff were hard at work.

A special training event was held at the Coast Hotel in Langley for every member of the company.  The presenter was none other than retired hockey great, Ryan Walter, who, after 17 seasons in the NHL, shares his experiences and knowledge on optimizing team performance and leadership.  Aside from a long and successful hockey career and a Stanley Cup ring, Ryan holds a Master’s degree in Leadership / Business.

Who wouldn’t enjoy a passionate presentation on Leadership and Team Work based on the life experiences of an NHL star? Our staff certainly weren’t disappointed. It was a difficult decision to shut the entire company down for a day but if there was ever a day to do it, the first work day after the Christmas break is undeniably the least disruptive. It was also a great way to begin 2016. Former NHL star, Ryan Walter drew from his locker room experiences both as a player and a coach to teach us better ways of communicating. He talked of locker rooms that he couldn’t wait to walk into and others that he couldn’t wait to leave. With over 17 seasons and 1100 games under his belt, he’s experienced a lot of great leadership and, even at the professional level, incompetence and mismanagement.

Ryan is a 57 year old, very fit grandfather with a handshake that could break your hand. He has directed his athletic energy to working with organizations that want to develop strong leadership and effective communication. He doesn’t just talk; he engages his audience in exercises that are fun and educational. It was a delight to watch randomly selected teams laughing, high fiving and learning to put egos aside in order to become more effective. More important than the competition between the teams was the excitement and satisfaction of the improvement within the teams. Happily, this positive attitude continued into the work place.

Most of our staff had never experienced an event like this and some were understandably uncomfortable upon arriving. It didn’t take Ryan long to put everyone at ease. He passed around his Stanley Cup ring that he earned while playing with the Montreal Canadiens in 1986 and everyone had the opportunity to slip it on.

Most importantly, Brenco believes this was a successful investment in time and money. One staffer suggested that the company do away with the annual Christmas Party and make this an annual event. That doesn’t sound like such a bad idea. 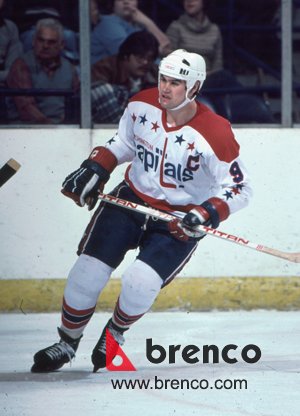